Background: A US-based, Fortune 500 company acquired another Mexico-based company necessitating the merge of systems, processes, and applications. The parent company shareholders had the expectation the merger would happen quickly, to take advantage of the benefits of the combined organization.

Every merger has its own challenges and this one was no exception. Due in part to their size and maturity, each company operated complex business systems. The acquired company had multiple instances of a particular application and the key was merging the dispersed source data into the existing application of the parent company, while maintaining data relationships and historical data in the combined database. The project involved complex data transformation and the desired outcome was a “lift and shift” of the acquired company’s data into the parent company’s systems without data loss.

Near the end, the project team experienced a business pivot. Tax regulations for Mexico changed, so there were several tax codes that were no longer valid. This meant the project team had to change the Purchase Order rules configured in Alchemize to support the tax code changes. Normally this would be enough to throw a project into a tailspin.

Built with a convenient “undo” feature, this was a simple process for Alchemize to manage:

Step 1: Change the rules for the PO’s.
Step 2: Press the “undo” button. (Resetting prior system state)
Step 3: Rerun Alchemize with the modified rules and complete the entire process in less than two hours.
The Result: The project was delivered on time and within budget, even with the complications.

Cynthia is our Director of Strategic Alliances. With a marketing background and a veracious appetite for all things data, she is the perfect addition to the team.

Organizations Have Silos of Data. It’s a Reality! 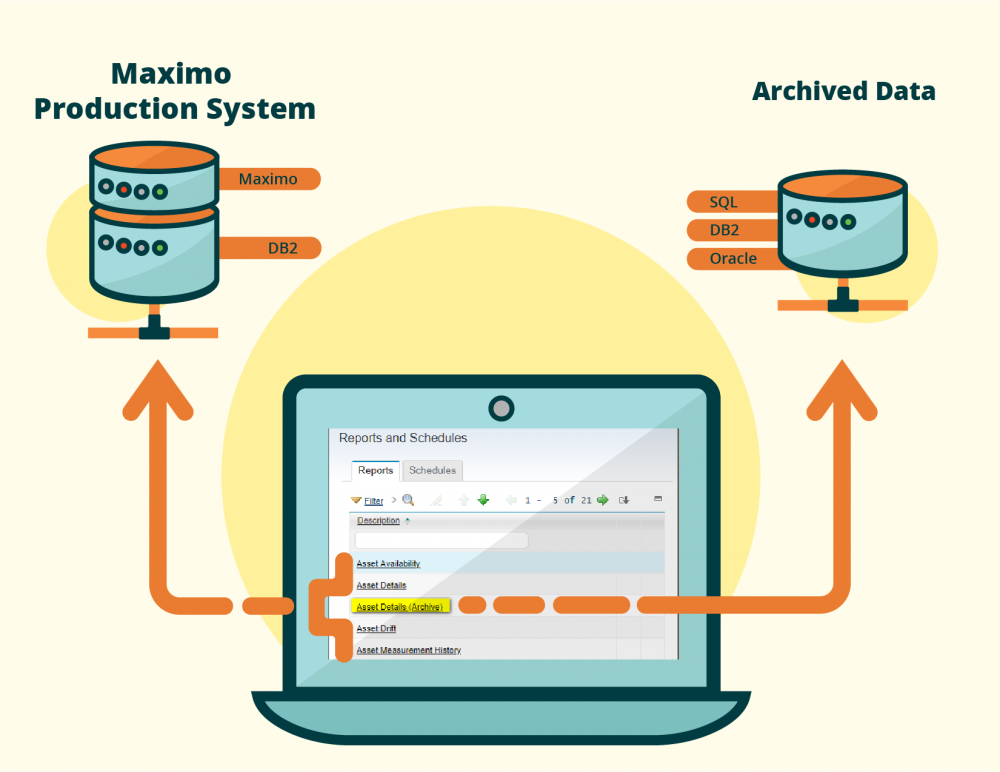 So You Think Your Maximo Archived Data is Not Accessible? Don’t Fret, Maxis Has a Solution.